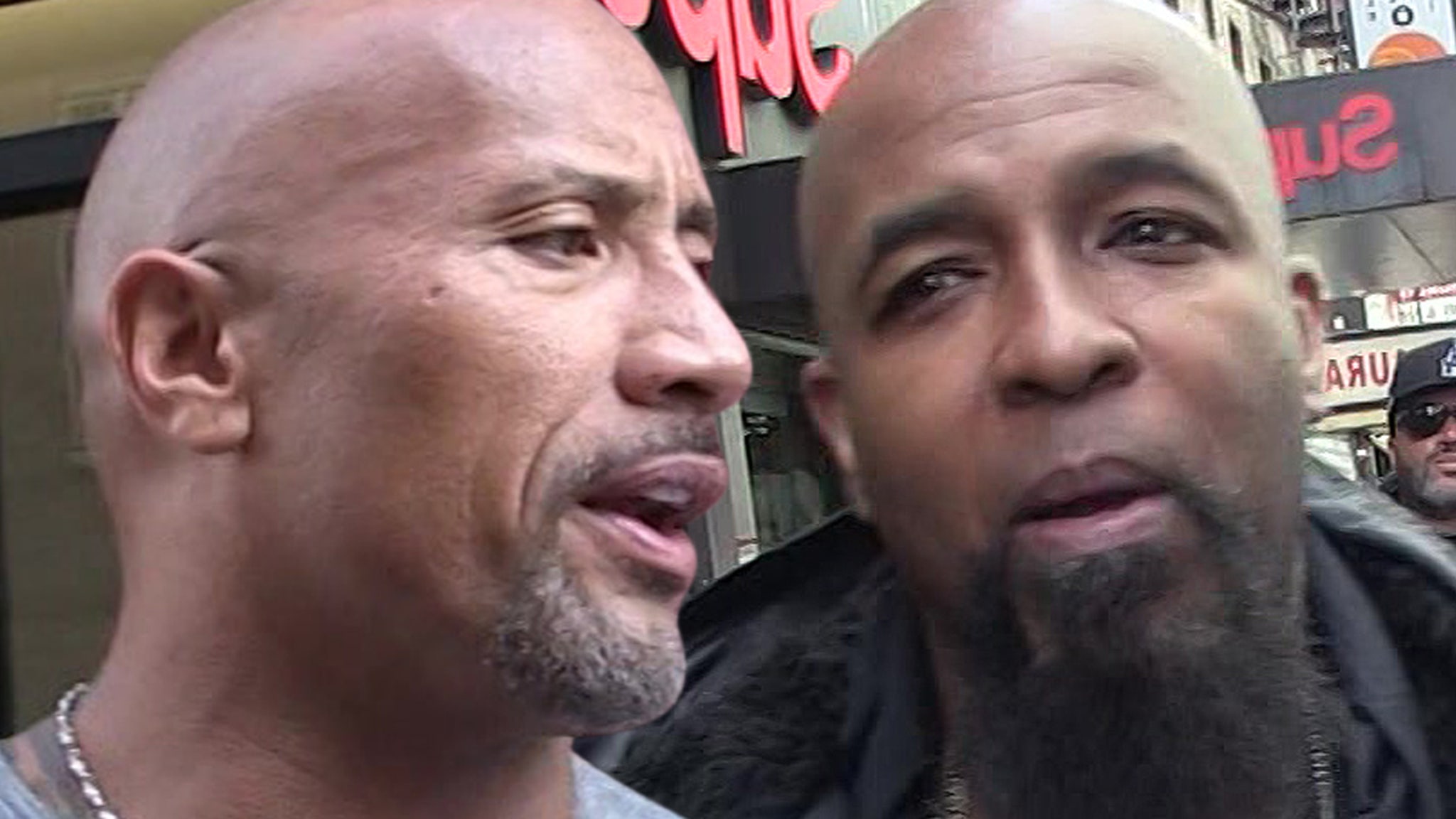 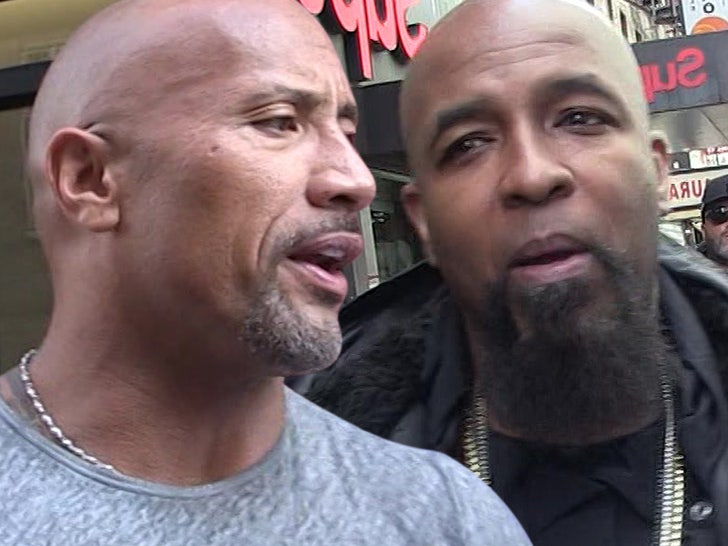 Dwayne Johnson is flexing in a whole new way — he’s jumping on the mic to try his hand at rapping, and he’s actually got some flow!!!

The Rock features on the new Tech N9ne track, “Face Off” — from the new album, “ASIN9NE” — dropping a few bars at the end of the song. As the old saying goes, rap about what you know, and DJ does just that … paying homage to his roots and his passion for extreme workouts.

Just a sample of his rhymes — “It’s about tribe, it’s about power. We stay hungry, we devour. Put in the work, put in the hours and take what’s ours.”

There’s another line about being Black and Samoan, and the Rock even drops some profanity! Censored, of course.

This isn’t the first time he’s showed off his musical talents. He’s strummed a guitar in the ring during his WWE days, and was also featured in Wyclef Jean‘s music video for “It Doesn’t Matter.” He came close to rapping on that song, but this is the first time we’ve heard him ball out on the mic.

And, talk about synergy … ’cause in true entrepreneurial spirit Dwayne’s already promoting his Project Rock by Under Armour collection by integrating his featured verse in a video of him doing his thing in the gym.

BTW, Rock only needed ONE TAKE to drop the verse!!! Well, according to him, anyway … but are you gonna question that? Didn’t think so.